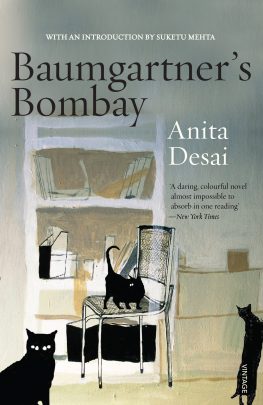 All we want as humans is to belong. Race, religion, gender, nationality or ideology – everyone wants something to tie their identities to. This yearning for identity is all the more pronounced when you are markedly an “outsider”. 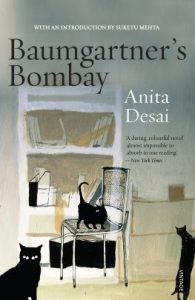 END_OF_DOCUMENT_TOKEN_TO_BE_REPLACED

We don’t talk about it enough today, but Kaho Naa… Pyaar Hai was a national phenomenon. END_OF_DOCUMENT_TOKEN_TO_BE_REPLACED

While the hoopla around Padmavathi was going on, nobody noticed that in another part of the country, there was a film being released with more blasphemous content such as:

Other than several other things, of course. In this film “Supreme Hero SDT Sai Dharam Tej” plays Jai, a goody-two-shoes kind of guy who is aspiring for a job in DRDO, our very own Iron Man Lab. Since he’s an RSS member, he’s also super patriotic.

He almost clears the DRDO tests and interviews, but doesn’t quite land the job. However, after he single-handedly fights an international bunch of terrorists who try to steal India’s top-secret missile (we will come to this shortly), the top guns at DRDO decide to give him the job. What job is this? Apparently, to “protect” Octopus (the top-secret missile I just mentioned). What does this mean? Nobody knows.

END_OF_DOCUMENT_TOKEN_TO_BE_REPLACED

I went in to the Museum of Jewish Heritage in New York City all excited, expecting a fantastic history lesson filled with hitherto unknown facts. What I got was not a mindblowing experience, but was interesting nevertheless.

To start off, the security to get into this museum is one notch more detailed than at the Met. It kind of heightens the solemnity of the experience. END_OF_DOCUMENT_TOKEN_TO_BE_REPLACED

For how long has travelling been a thing in America? Who built those wonderful roads in national parks? I found an answer to this and a few more questions at the museum of the Shenandoah National Park in Virginia. END_OF_DOCUMENT_TOKEN_TO_BE_REPLACED

People get different benefits out of social service, whether spiritual, tax-related, career-related, or social-media-appreciation-related. I have volunteered for a bunch of non-profits, and my motivations have been varied. To each his own, really. Whatever gets you to volunteer is great because society needs manpower to do things that the government and capitalism have somehow missed doing.

But from working with and observing a few organisations, I’ve also noticed the things that render charity completely useless. It is problematic when individuals and corporates want to “serve” a non-profit on their terms, irrespective of what the needs of the non-profit are. The idiom for this, as I discovered, is to “carry coals to Newcastle”. END_OF_DOCUMENT_TOKEN_TO_BE_REPLACED

“The Accidental Prime Minister: The Making and Unmaking of Manmohan Singh” generated plenty of public commotion when it was released, hardly coincidentally, in the midst of India’s general elections in 2014 – elections which signified the end to a particularly dismal term of Congress rule. The book was said to have confirmed what the entire nation seemed to have assumed all along – that Manmohan Singh was a weak PM who had to kowtow to Congress party supremo Sonia Gandhi. END_OF_DOCUMENT_TOKEN_TO_BE_REPLACED

You are a middle-class parent, leading an honest, law-abiding life. You have a son or daughter in his/her early twenties, working, well-educated, earning well, who lives with you, and drives a car.

One night, past midnight, you receive a call from your child. END_OF_DOCUMENT_TOKEN_TO_BE_REPLACED

Well, well, well. What have we here?

The second trailer of Lion, which is basically yet another:

What that year meant to school students exposed to endless essay-writing and elocution competitions on “50 years of Indian independence”, is an entirely different story. For movie-goers, this was a time when HAHK and DDLJ had already taken Hindi audiences by storm a year or two ago. Love stories had younger, more urbane couples. Pardes was the latest rage. The NRI angle was a great avenue for unconventional romance, and even patriotism. People were fiercely nationalistic and wanted to talk about Indian culture being superior to the West and all that.

Our very own east-meets-west showpiece Padamati Sandhya Ragam was ages ago. A more contemporary version was yet to be made.

In 1998, hit filmmaker, “aesthetic” female-navel-and-boob-depiction specialist, part-time pottery patron and horticulturist Raghavendra Rao (known in some movie-goer circles as “Pandu” Raghu) decided to do something about it. END_OF_DOCUMENT_TOKEN_TO_BE_REPLACED